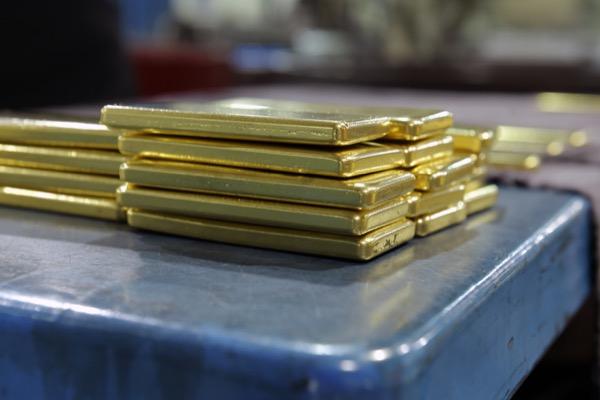 Where next for the gold price?

Having reached a nine-year record high last night, the gold price is rallying again this week. Analysts predict it will push higher in the near future to a new all-time high.

Up 0.95% at $1858.81, the precious metal is at its highest level since 2012, gaining traction as world economies are increasingly getting into debt and printing substantial amounts of money to fight the consequences of the pandemic.

Joshua Mahony, senior market analyst at IG, said in a recent analysis: ‘Even if we do see the price of gold decline in the near term, it is highly likely that such a move would simply be another retracement and precursor to another bullish turn.’

‘As such, any short-term downside is simply perceived as a retracement, with a bullish outlook in play unless the price breaks below $1796 support’, he explained.

Yesterday morning, after four sleepless nights of negotiations, the European Union leaders agreed on a €750 billion recovery plan to support their economies amidst the upcoming recession. This emergency fund will give out €390 billion of grants and €360 billion of loans.

In the US, Steven Mnuchin, Secretary of the Treasury, confirmed to Bloomberg this week that the next stimulus package being worked on by the Trump administration could total around a trillion dollars.

As the pandemic is accelerating, especially in the US, the Federal Reserve (Fed) could ease even more its monetary policy. Bloomberg reports that several Feds officials, like Charles Evans, John Williams, and Raphael Bostic, have warned that the US outlook is getting worse. The three indicated that easing the policy was the right path to take.

According to Goldman Sachs, the Bank of England could also signal in August that its rates could turn negative.

Furthermore, gold will likely benefit from signs of weakness in the US currency. ‘In two-thirds of cases, gold and US dollar prices are inversely correlated’, explained Arnaud du Plessis, thematic equity portfolio manager at CPR Asset Management in a recent note.

In this context, it’s only a ‘matter of time’ before gold hits a record high, considers Citi analysts, who added that demand for a store of wealth should also lift silver, which touched a six-year high today.

Therefore, gold price is expected to climb to an all-time high in the next six-to-nine months, with a 30% probability to reach $2000 an ounce in the next three-to-five months, they predict in a note published on Monday.

How to trade commodities with IG

Looking to trade the gold and other commodities? Open a liveor demo account with IG and buy (long) or sell (short) shares using derivatives like CFDs and spread bets in a few easy steps:

ESG investing: everything you need to know

Gold and silver prices set to resume rally after profit-taking