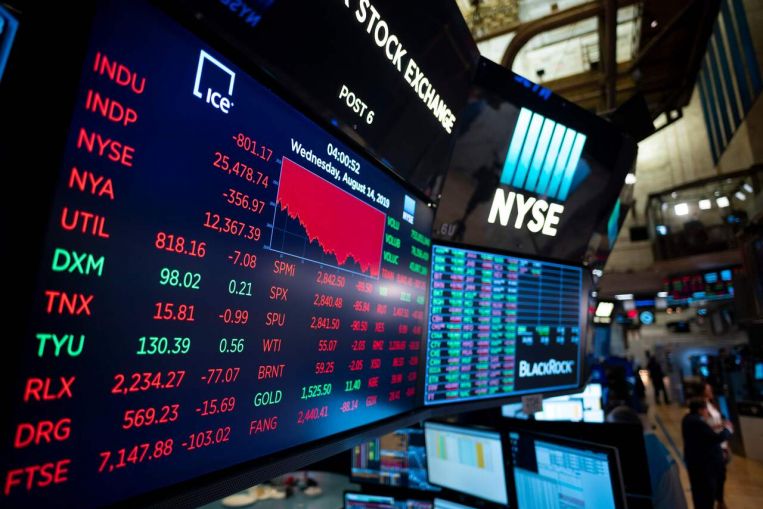 Mr Jay Smith is a former professional gamer who switched from crypto-currencies to blue chips.

And Mr Mik Mullins is a retired hotel executive who is betting the market is about to plunge.

These four amateur traders use different approaches but have one thing in common: They are killing it in one of the wildest markets in memory, with returns ranging from 20 per cent to 60 per cent this year.

Playing the market is fraught with risks, of course, and stories abound of newcomers making rookie mistakes.

To learn how to avoid pitfalls, Bloomberg News picked the brains of these four top performers on eToro, a digital trading platform with 14 million users that is regulated by Britain’s Financial Conduct Authority.

EToro lets people copy the trades of investors with proven track records, like this quartet.

They all believe newcomers make mistakes by not investing for the long term and for failing to diversify their portfolios with at least 30 well-researched names.

Here are the other things they see people doing wrong, based on their experience:

JUMPING IN WITHOUT TESTING OUT TRADING STRATEGIES

She discovered straight away that trying to time the market and trade in and out of positions every day was a bad idea.

When the S&P 500 Index and other benchmarks were hitting all-time highs late last year, the data was sending her a powerful signal: It was time to retreat.

“I am a conservative trader so I liquidated 60 per cent of the positions in my portfolio, and while I missed the highs of January, I had peace of mind,” she says.

Since then, she has waded back in, and two of the biggest holdings in her 60-stock portfolio are Mastercard and IBM.

She is up around 20 per cent this year.

When the digital coin bubble popped in 2018, Mr Smith’s portfolio fell almost 54 per cent and he learnt a painful lesson on hype.

These days, the 32-year-old’s bets are a far less racy mix: Chipmaker AMD and Microsoft are long-time favourites, and this year he started buying shares in Home Depot and Lowe’s, the home improvement giants.

He feels comfortable with such tactics because he does his homework. “I spend a large amount of time reading product user manuals and watching launch events on YouTube.

“A solar company I follow recently held a training day online, so I watched to see how they install their equipment.” He is up about 50 per cent this year.

Mr Mullins advised friends to follow one primary rule: Never invest money that you are going to need for big-ticket items such as a house or college tuition. He is a true believer in investing for the long term. He does not even like to look at his portfolio more than once a week.

He is up almost 29 per cent for the year, thanks to his long positions.

GETTING YOURSELF INTO COMPLEX TRADES BEFORE YOU’RE READY

It has never been easier for retail investors to use leverage, options and short-selling, but amateurs should avoid complicated tactics until they understand how they can backfire, say both Mr Mullins and Mr Smith.

The rush of newbie traders into flashy equity-trading apps have already led to some grim consequences.

In June, Robinhood pledged to change elements of its options trading platform after the suicide of a 20-year-old user who had an account that showed a negative balance of more than US$700,000.

The company’s co-founders said they would consider additional eligibility requirements for users who wanted to tap more advanced options strategies.

It can be tempting to keep looking at the daily swings in your stocks’ prices, but if you do this every day, it spurs panicky trades and losses.

Over time, Ms Birse said, she built a tolerance for risk. After the pandemic hit, she resisted the urge to panic. Instead, she bided her time and prepared to add to her positions in long-time “winners” such as Shopify, the Canadian e-commerce firm that has skyrocketed 148 per cent this year.

“I used to turn off the computer during sell-offs. But then I wanted to be more active, more aggressive, so in March, I steeled my nerves, waited three weeks, and then it was time to go shopping. It felt like the sale of the century.” Her portfolio is up 61 per cent.

Is a joint TikTok bid a ‘poison chalice’ for Microsoft and Walmart?