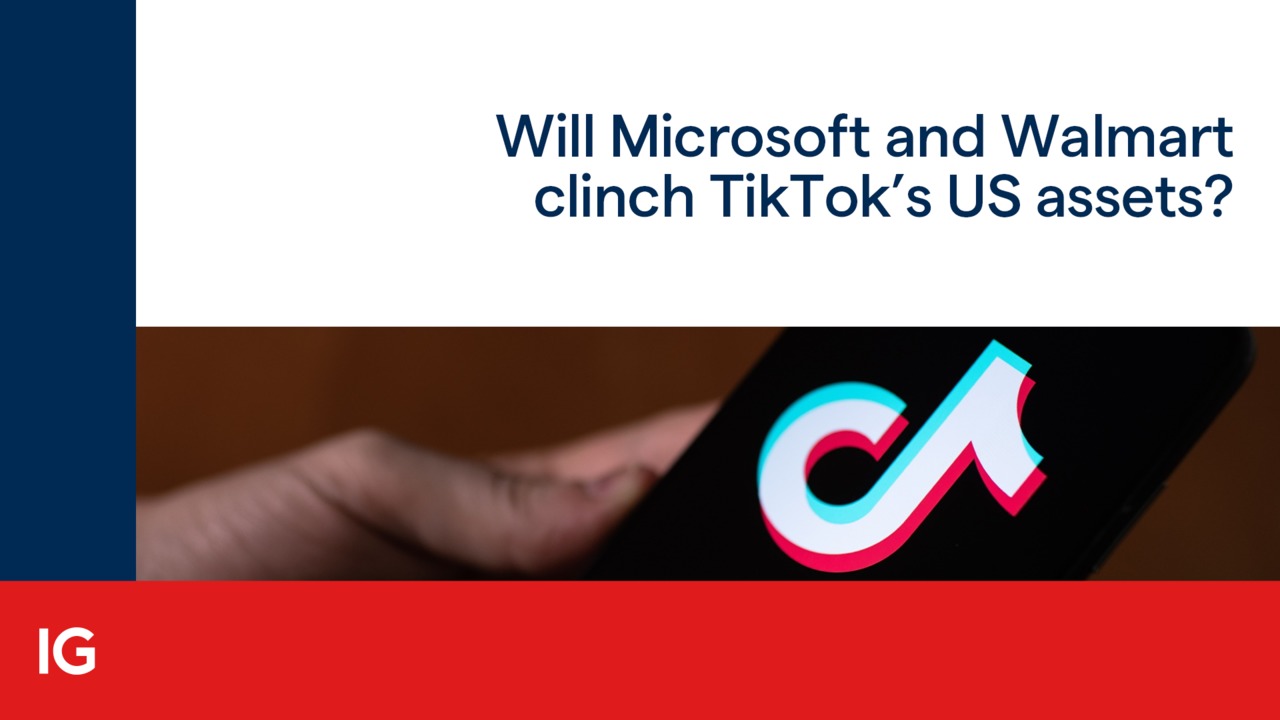 In a statement released to the market on Thursday, Walmart’s investor relations team confirmed the company was partnering with Microsoft to make a joint bid for TikTok’s United States operations.

Investors responded optimistically to this news – bidding Walmart’s stock 4.54% or US$5.93 higher, with the stock finishing out the session at US$136.63. Walmart continued to trend higher in after-hours trade, adding a further 1.33%.

Microsoft also saw its share price pop on this news, adding 2.46% to finish out the session at US$226.58 per share.

Speaking of this partnership, Walmart said in a statement to the market that:

‘The way TikTok has integrated e-commerce and advertising capabilities in other markets is a clear benefit to creators and users in those markets. We believe a potential relationship with TikTok U.S. in partnership with Microsoft could add this key functionality.’

From a regulatory perspective, the company further noted that:

‘We are confident that a Walmart and Microsoft partnership would meet both the expectations of U.S. TikTok users while satisfying the concerns of U.S. government regulators.’

Microsoft has previously indicated that it expects to complete bid discussions for TikTok’s US operations with ByteDance no later than 15 September.

Despite the progress made on the deal thus far, in an interview with Wired, Microsoft Founder Bill Gates has described a potential TikTok acquisition as a ‘poisoned chalice’ for Microsoft.

‘Who knows what’s going to happen with that deal. But yes, it’s a poison chalice. Being big in the social media business is no simple game, like the encryption issue,’ Gates elaborated.

Is TikTok getting banned? The current situation reviewed

Popular short-form video sharing app TikTok – one of ByteDance’s most popular services, has faced heavy scrutiny in recent months from the United States government, as concerns over user privacy, data and security mount. Geopolitical and trade tensions between the US and China did not help the situation.

This tension culminated in the Trump administration telling the China-based ByteDance it had 45 days to divest its US TikTok operations. The deadline was initially set at 20 September.

Trump softened that directive on 14 August, extending the sale deadline to 90 days, meaning that ByteDance wouldn’t be required to find a buyer until 12 November.

In spite of that new ‘leniency’, the Trump administration continues to take a hardline approach to the company, in an executive order saying:

‘There is credible evidence that leads me to believe that ByteDance Ltd […] through acquiring all interests in musical.ly, […] might take action that threatens to impair the national security of the United States.’

Post completition of the sale, ByteDance will be required to provide proof to the Committee on Foreign Investment (CFIUS) that it has destroyed all user data – obtained or derived from its US TikTok and Musical.ly services operations.

While the above assumes TikTok’s US operations will successfully be divested; if ByteDance fails to find a buyer for its US operations – the app would effectively face a ban – with Trump’s initial executive order prohibiting individuals and corporations from transacting with the company after the November deadline.

What remains less clear however is the legalities around this executive order.

How to trade ByteDance (TikTok) pre-IPO

Trade IG’s ‘grey market’ ahead of the ByteDance (TikTok) listing, allowing you to speculate on the company’s share price before it lists. Our grey market price is based on our prediction of ByteDance’s market cap at the end of the first trading day.

With our grey market, you can:

To get started open a live or demo account with IG today.