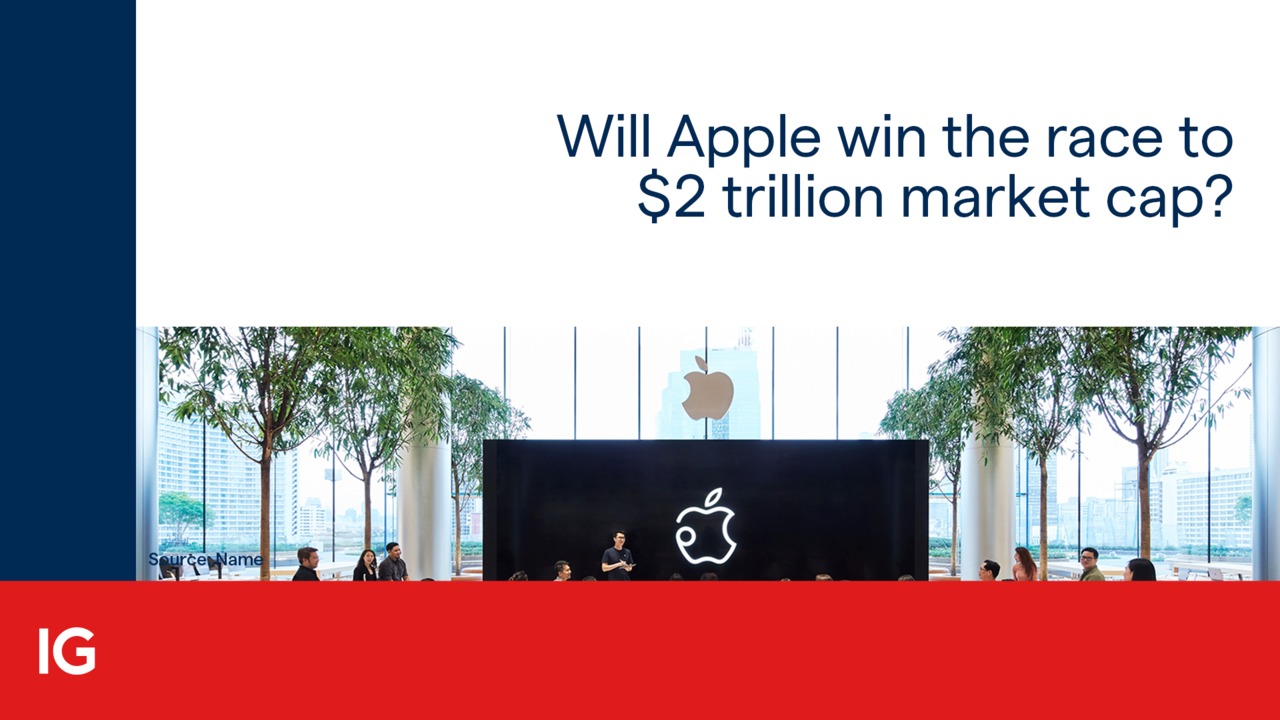 However, US tech giants Amazon and Microsoft are tied for second, with the pair both boasting a market cap of $1.59 trillion at the time of publication.

Despite the economic fallout from Covid-19, all three companies are trading near all-time highs, with the stocks all likely to push on to reach higher highs in the weeks and months ahead.

TikTok deal could help Microsoft take the lead over Amazon

Apple certainly looks likely to become the first $2 trillion stock, but Microsoft could pull away from Amazon in the race for second if it finalises its potential purchase of TikTok’s US operations later this year.

Earlier this month, Microsoft said that it will ‘move quickly’ to pursue discussions with the social media platform’s parent company ByteDance, with the US tech giant aiming to complete talks ‘no later’ than 15 September this year.

‘Following a conversation between Microsoft CEO Satya Nadella and President Donald J. Trump, Microsoft is prepared to continue discussions to explore a purchase of TikTok in the United States,’ Microsoft said in a statement.

‘Microsoft fully appreciates the importance of addressing the President’s concerns. It is committed to acquiring TikTok subject to a complete security review and providing proper economic benefits to the United States, including the United States Treasury.’

The two companies have provided notice of their intent to explore a preliminary proposal that would involve a purchase of the TikTok platform in the US, Canada, Australia, and New Zealand and would result in Microsoft owning and operating TikTok in these markets.

Microsoft may invite other American investors to participate on a minority basis in this purchase.

The iPad maker announced a four for one split of its common stock earlier this year, with trading beginning on a split adjusted basis on 31 August.

A stock split is an action available for publicly traded company’s that allows them to divide existing shares into multiple shares. In real terms, it allows companies like Apple to split their shares in order to lower the trading price of their stock and make it more affordable for more investors. It also helps increase the overall liquidity of the shares.

After the split, investors with smaller amounts of capital will be able to acquire Apple shares, which in turn could help propel its share price even higher in 2020 and beyond.

Taking a look at the chart of Apple we can see this ascending trend line since the March trough with a series of higher highs and higher lows, according to Victoria Scholar, market analyst and presenter at IG.

‘The Relative Strength Index (RSI) is now back above 70 which may suggest that the stock is overbought or it can be an indication of a strong uptrend,’ Scholar said. ‘The Stochastic oscillator is also above 80, so with both moving higher, this suggests there’s momentum behind the rally.’

‘In terms of key levels, look out for $467.73 on the upside, with the $2 trillion valuation likely to be the next level of resistance with a break above certainly acting as a vote of confidence in the bull case,’ she added.

‘And on the downside, keep an eye on the rising ascending trend line for support, a break below might negate some of this positivity.’

Apple, Amazon and Microsoft drag the Nasdaq to all-time highs

The meteoric rise of Apple, Amazon and Microsoft in 2020 proved that a rising tide does lifts all boats, with the trio helping to push the Nasdaq Composite index to new all-time highs.

In fact, the Nasdaq Composite index closed at 11,129.73 points on Monday, with it up 22% year-to-date – an incredible achievement considering the battering many other equities have suffered at the hands of the coronavirus pandemic.

Looking to trade Apple, Amazon, Microsoft and other stocks? Open a live or demo account with IG and buy (long) or sell (short) shares using derivatives like CFDs in a few easy steps:

Where next as a2 Milk share price dives following FY20 results