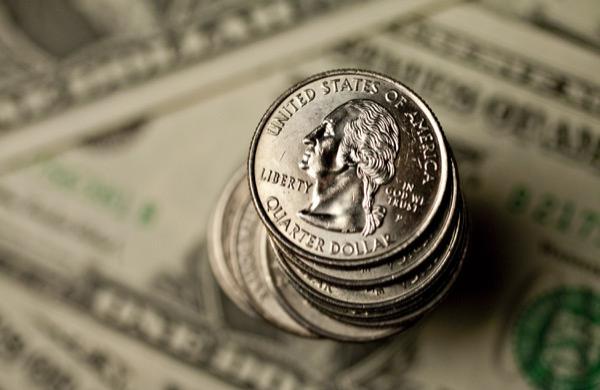 The USD continues to weaken against the SGD, falling for a fourth consecutive day to hit a three-month low of S$1.39689.

IG is a world-leading online trading and investments provider for thousands of financial markets. With CFDs (read about CFDs here), you can buy long or sell short on the USD/SGD, USD/JPY and other forex pairs depending on whether you think prices will rise or fall. Start today by opening a live or demo IG account.

USD to SGD decline started over a week back

As evident throughout the Covid-19 pandemic, whenever there is uncertainty and volatility in the markets, the greenback tended to rally with investors preferring to accumulate the safe-haven asset.

Since Monday 25 May 2020, the USD to SGD exchange rate has been in a steady decline, amid hopes of an economic recovery stemming from a potential coronavirus vaccine. The optimism among traders had also managed to overshadow renewed US-China trade tensions for the most part, bar a brief mid-week resurgence.

This latest USD correction is no exception, with sentiments on the upswing again in anticipation of the reopening of the US economy. This is also despite widespread civil unrest in response to recent social and political issues within both the US and China (Hong Kong).

IG Asia market strategist Pan Jingyi noted that moving into the latter half of the week, a risk-on mood will ‘clearly’ remain ‘the picture for Asia’, as markets here will ‘find inspiration from the reopening optimism-driven rally on Wall Street’.

She wrote in a client note that Asian markets will likely remain lifted, as the attention is now turned towards May economic readings – including the upcoming US labour market data on Friday 05 June, with expectations for improvements from April’s lows.

This implies that minor Asian currency pairs like the USD/SGD are also likely to keep edging lower, as investors become more inclined towards riskier asset classes.

Gain access to the USD/SGD and thousands of financial markets via IG’s world-leading trading and investments platform. With CFDs, you can buy long or sell short on forex, indices and shares depending on whether you think prices will rise or fall. Start today by opening a live or demo IG account.

How to trade forex with IG

Learning how to trade any market can seem daunting, so we’ve broken forex trading down into some simple steps to help you get started: 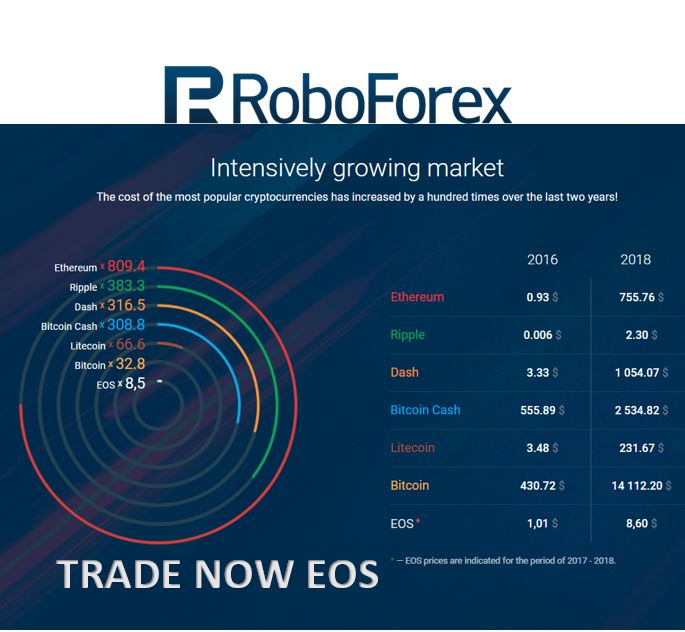 RoboForex announced today adding EOS, a cryptocurrency which is now available for trading with the broker on both MT4 and MT5 platforms.

Currently, RoboForex clients have 7 crypto instruments to choose from.

The latest addition is EOSUSD, which is already available to the clients through MT4 and MT5, alongside with six other crypto pairs:

The EOSUSD trading conditions are the following:

EOS is a cryptocurrency that was introduced in 2017 and is based on blockchain and smart contracts. Its key features are scalability, decentralized apps, and huge throughput (a few million transaction per second).

This is another step towards developing our crypto portfolio.

Our clients do value the flexibility and state of the art technologies we offer them As for us, our mission is meeting their expectations and constantly improving the trading conditions by opening the door to new instruments and opportunities.

This Broker has been on the forefront of crypto trading on the Metatrader 4 and Metatrader trading platforms from the beginning and pushing for more and more trad-able assets to be added to their offering .

it took this broker a little bit of time but now that they got them selves into the cryptocurrency trading arena they come to lead the pack. this in combination with their the trading platforms they are offering makes this a broker to take notice of.

as yet there are not enough brokers that offer metatrader 5 and especially one where you are able to trade bitcoin ethereum, litecoin and now also EOS.

RoboForex is a brokerage company catering to clients from various countries. The broker’s focus is providing the traders with access to its own financial market platforms. 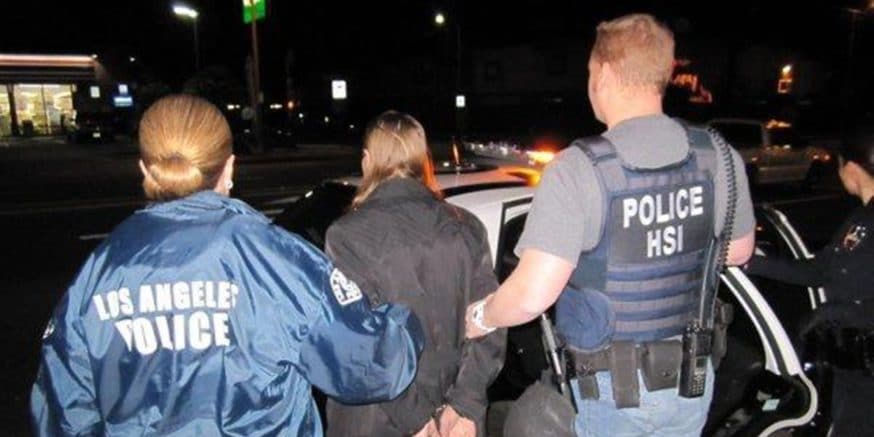 Local Bitcoin trader, Theresa Lynn Tetley, also widely known as Bitcoin Maven has been indicted for indulging in illegal bitcoin-for-cash transactions. According to the Central District of California, the LocalBitcoins.com trader has been sentenced to 12 months in prison.

She has also been handed a three-year supervised release and a $20,000 fine. A former real estate investor and stockbroker, the court ordered her to relinquish $292,264.00 in cash, 25 assorted gold bars, and 40 bitcoin.

money launderingTetley pled guilty to one count of operating an unlicensed money exchange business, and another related to money laundering. Her case is the first of its kind in the Central District of California.

Tetley was procedurally supposed to register her business with the Financial Crimes Enforcement Network, an agency of the United States Department of the Treasury.

The agency is responsible for analyzing transactions to curb money laundering and related financial crimes. She also failed to implement standard anti-money laundering protocol, including reporting of certain financial sources as per the requirements of this type of business.

Tetley is said to have traded over $6 million for clients within the United States and charged higher rates as compared to other traders within the LocalBitcoins platform.

Also noted in the court documents was that Theresa Lynn laundered bitcoin for a customer who had been suspected of having acquired the cryptocurrency through illegal activities, including drug sales on the dark web.

She also carried out a bitcoin to cash transaction for an undercover agent who had explicitly declared that his bitcoin was tied to narco-trafficking operations.

According to the report, Tetley’s service was responsible for fueling the growing use of cryptocurrencies to launder money and supported a black market system set up purposely to circumvent the law.

The organizations involved in her investigation included the IRS Criminal Investigation and the Drug Enforcement Administration.

Just One of Many

That said, the government has been committing significant resources to counter the crypto – dark web menace, and earlier this month, a major sting operation was carried out against a major money laundering network. Thirty-five suspects were arrested.

One individual, identified as John Edward Monette, was charged with Conspiracy to Distribute a Controlled Substance. He was also alleged to have carried out numerous bitcoin for cash exchange transactions on the dark web, most of them in 2017 and totaling about $19,000.

Another dark web vendor busted during the operation, Ryan Farace, 34 was indicted for being involved in an alprazolam tablets manufacture and distribution scheme.

He sold the drugs on the dark web, with all transactions being made in bitcoin. Additional digital currency money laundering transactions were made to conceal the sources.

By ELIZABETH GAIL at Coincentral Blockchain tech – so revolutionary in nature that some are calling it the “new internet.” It has applications in just about every industry, and has completely altered the way we think about internet security, the processing of information, and the speed of transactions.

however this is not what it is really about as it has a far wider scope of applications and is being commercialized in a growing number of areas.

It has generated much interest in technology circles and beyond, because of the new possibilities it opens up in financial services, the public sector and other areas.

According to sites like BitFortune.net, blockchain tech is definitely worth keeping an eye on due to the myriad of benefits it provides.

Part of what makes it so exciting is that it is completely open source. As a result, there are already a number of interesting blockchain apps, and the number is growing daily.

The technology is so secure that it is already being used by DARPA to secure military data. Various governments around the world are working on ways to use the tech to protect their own data.
The tech is tamper-proof, and the data stored within it is permanent. It cannot be erased or altered, and this is what makes it so enticing to those needing more secure networks.

But there is more, folks. (Okay, so that sounds a bit like an infomercial, but the benefits are real nonetheless.) Transactions can speed across the network – taking only as much time as it takes for them to be authorized.

The blockchain cannot be described just as a revolution. It is a tsunami-like phenomenon, slowly advancing and gradually enveloping everything along its way by the force of its progression.

The system runs without the need for an intermediary, and this reduces the time it takes to execute transactions. This, and the unique way that the tech works, means that costs are significantly reduced as well.

What makes it so revolutionary is that the information is spread across every computer within the network. With Bitcoin, that means the data is securely “backed up” over thousands of computers.

Now, it is unlikely that banks will entrust their data to a public network in the same way, but they have been working on creating networks of their own instead.

The potential savings in terms of cost and time are extensive. If you want to learn more about these savings, check out the infographic below.

Guys did an amazing job and was allowed to share.