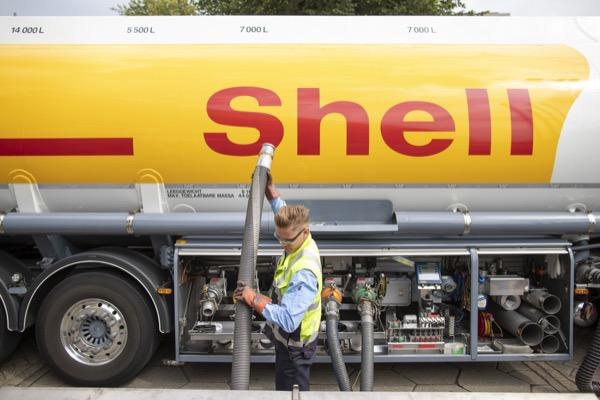 Royal Dutch Shell‘s shares slid 2% on Friday and may slide further after oil fell below $45 a barrel amid concerns about weak demand and oversupply.

The news applied added pressure on Shell’s share price, with the stock struggling to rebound after the company reported a financial loss because it was forced to write-down billions of its stranded oil and gas assets due to a collapse in prices earlier in the year as a result of Covid-19.

The Anglo-Dutch oil and gas major revealed a net loss of $18.3 billion in its second quarter (Q2) earnings at the end of July, representing a sharp decline from the $3 billion profit it made over the same period a year prior.

Luckily for Shell, its losses were mitigated by its oil trading unit, which managed to insulate the company from the full economic impact of the coronavirus pandemic which drove the price of crude to 21-year lows.

‘Shell has delivered resilient cash flow in a remarkably challenging environment,’ Shell CEO Ben van Beurden said. ‘We continue to focus on safe and reliable operations and our decisive cash preservation measures will underpin the strengthening of our balance sheet.’

Shell is trading at £11.72 per share at the time of publication, with the stock down 48% year-to-date.

The price of oil slipped below $45 a barrel on Friday, with the commodity shedding most its gains this week in the process, with the market weighed down by investors concerned about whether demand will rebound amid oversupply and the coronavirus pandemic.

Adding to investors’ concerns, the International Energy Agency (IEA) and the Organisation of Petroleum Exporting Countries (OPEC) slashed their forecasts for oil demand in 2020 earlier this week.

Brent crude is trading at $44.88 a barrel after falling by just eight cents at the time of publication, while the US West Texas Intermediate is down three cents to $42.21 a barrel.

Traders will likely be disappointed that oil has struggled to really move out of its narrow band for some time now, but other stakeholders within the industry are grateful that a degree of stability has returned after weeks of extreme volatility.

Brent crude has been consolidating over the course of the week, with the recent failure to break into a fresh high subsequently creating a descending trendline, according to Josh Mahony, senior market analyst at IG.

‘We are now back at a potential third touch of an ascending trendline which would create a symmetrical triangle. As such, we would need to see a break through the $44.60 (bearish), or $45.96 (bullish) level to bring about a breakout signal,’ he said.

‘However, should we see a downside breakout, this would likely represent a retracement of the wider rally from $41.72, thus bringing Fibonacci support into play,’ Mahony added.

Airlines see shares finally take flight, but is it time to buy?