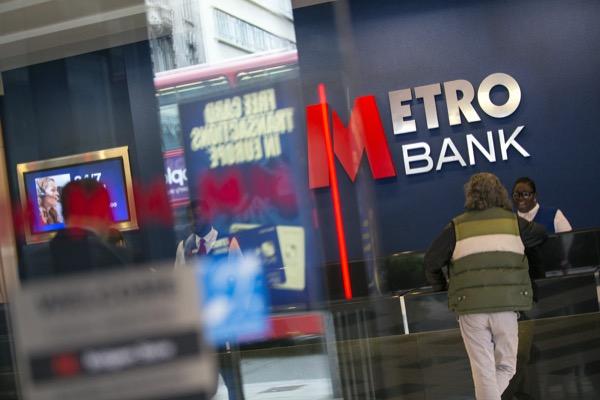 Metro Bank closed 6% higher on Monday, with the stock gaining traction after hitting a year-low of 71p in late-May and surging to a new support level 110p per share throughout July.

The UK challenger bank seems to have finally turned a corner after months of turmoil that included a £900 million accounting error that prompted the lender’s founder Vernon Hill to quit and Metro Bank to initiate a £350 million capital hike to shore up its balance sheet.

However, the lender has seen a shift in investor sentiment of late due, in large part, to its recent acquisition of peer-to-peer (P2P) lender RateSetter in a move that will boost the bank’s turnaround efforts.

Metro Bank will unveil its half-year (H1) results on Wednesday 5 August, with investors eager for an update on the lender’s performance over the last three months amid challenging market conditions and a surge in bad loans due to the coronavirus pandemic.

Metro Bank closed at 110p per share on Monday, with the stock down 47% year-to-date.

Helping to lift Metro Bank’s share price ahead of its H1 earnings this week was the announcement on Monday that it has agreed to acquire P2P lender RateSetter for £12 million.

The deal is part of ‘an important strategic ambition’ that will allow the lender to diversity away from mortgage lending and focus on more profitable areas within consumer lending, according to Metro Bank CEO Dan Frumkin.

The UK challenger entered into an exclusivity deal with the P2P lender in mid-June, with the acquisition representing a major turning point for the troubled bank that will see it diversify away from mortgage lending and help lift its downtrodden share price.

‘RateSetter and Metro Bank share a focus on delivering something better for the customer and the strategic logic of pairing Metro Bank’s strong deposit base with our lending capability is compelling,’ RateSetter co-founder and CEO Rhydian Lewis said.

The RateSetter deal represents a major win for the UK challenger bank, with the lender in the early stages of a four-year turnaround plan that aims to right the wrongs of its previous management.

The loss making lender is eager to impress investors with its upcoming H1 results on Wednesday, with onlookers expecting a rise in bad debts as a result of the Covid-19 pandemic, but have clearly welcomed its turnaround efforts, reflected in the uptick in share price value over the last few weeks.

In July, Metro Bank announced that it had appointed Robert Sharpe as its new chairman, a man capable of helping Frumkin to turn the business around and considered a proven dealmaker in the retail banking sector.

Sharpe has a wealth of board and executive-level experience in retail banking, with him leading the transformation of West Bromwich Building Society and heading up Bank of Ireland’s consumer business in the UK.

‘As we navigate the new economic environment caused by Covid-19, community banking has never been more important as people, businesses and communities adapt to this new normal,’ Sharpe said in a statement.

‘It is this community banking model that sets Metro Bank apart and will enable us to continue to grow,’ he added.

Sharpe will take over from Michael Snyder as Metro Bank’s new chairman on 1 November.

Looking to trade the Metro Bank and other stocks? Open a live or demo account with IG and buy (long) or sell (short) shares using derivatives like CFDs and spread bets in a few easy steps: